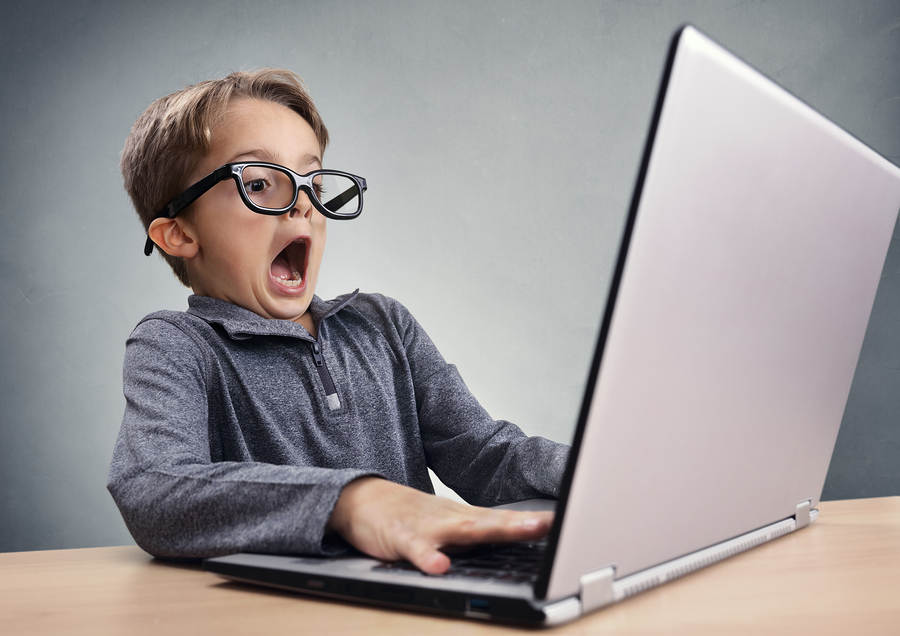 We are only born with two fears: the fear of falling, and the fear of loud noises. The rest of the worries, fears, and doubts we experience and carry around with us have been learned from other people or through actual experiences during our journey through life.

Fear is defined as a fundamental emotion promptly arising in the context of a threat and when we perceive danger. Fear can be both innate or learned.

Fear starts in the part of the brain called the amygdala. According to Smithsonian Magazine, “A threat stimulus, such as the sight of a predator, triggers a fear response in the amygdala, which activates areas involved in preparation for motor functions involved in fight or flight.”

Most fear is learned, such as fears about spiders, snakes, and the dark. These are called natural fears, and are developed at a young age. We are influenced by our environment, family dynamic, and our cultural heritage. So, a young child isn’t automatically scared of spiders, but usually builds fears based on cues from his parents.

Nina Purewal and Kate Petriw, in their national best-selling book – ‘Let That Shit Go’, promote the process of setting proper boundaries in your life in order to protect your time and spirit from negative beliefs or fears that family, friends or other influential people try to get you to believe. These fears and beliefs become information filters that people use to perceive their current reality. Only by letting that shit go can a person properly evaluate new information in an open-minded manner without preconceived judgements.

Research has shown that 95% of things we fear happening, never materialize, and the 5% that does is not as bad as we imagined.
Fear can be painful and debilitating or can trigger pleasure with the release of dopamine, a chemical known for triggering pleasure and motivation. When people watch horror movies, they derive enjoyment from the fear generated by the images, sounds, dialogue, and the story line thorough out the film. Fear can only be pleasurable if the person experiencing it feels safe, such as when we are surrounded by a crowd at the movie or with friends or family at the drive-in or watching television. When experiencing this fear, a person can momentarily escape current life problems such as unpaid bills or mortgages.

Social phobia, also known as social anxiety, is a type of phobia that covers a broad range of situations in which people are afraid to interact with others because they fear judgment. People that suffer from social anxiety can have difficulty presenting information in front of colleagues, speaking in public, going to parties, or even just chatting with others. It is estimated that social anxiety affects about 12% of the population. Many sufferers often don’t seek therapy because it would require social contact, which means they many never overcome it.

For the last two years, the world has been preoccupied with the fear of getting a disease called COVID-19. People became obsessed with cleanliness by going to great lengths to avoid situations where there was a higher potential exposure to the virus. Most countries implemented lockdowns, curfews, restricted travel, and limited gathering sizes to help people deal with this fear.

While people often think of fear as an emotional response, many physical responses are also involved. During a frightening or stressful situation, people experience the “fight or flight” response. Recently, I had eye surgery. My way of dealing with the fears of the unknown outcomes from the surgery was to research the whole surgical process and soon learned that eye surgery is the most perfected type of surgery on the human body. There were really only two choices, eventually go blind or go through the surgery. A no brainer, right! The best surgical outcomes were derived from having the procedure as quick as possible. I elected to pay for the best new lenses available and was bumped ahead of many people that elected to wait for the cheap and cheerful basic model with a substantial wait period until the Alberta Health care budget would fit them into the queue.

While in the pre-op anesthesia prep room filled with three other patients, I was connected to a blood pressure cuff and a pulse sensor on my finger as were the other patients. The different physiological reactions were quickly apparent. My monitors did not make a sound, and the reading was slow and steady with low normal blood pressure and a 60-bpm heart rate. On the opposite side of the reaction scale, a lady across the room had her monitors screaming loudly with blood pressure and pulse in the danger zones. Thirty minutes of an IV drip brought her readings down to a level where they could do her surgery. She still had to be restrained with head and body restraints to keep her from moving during the procedure. The anesthesiologist kept checking to see if my monitors were working because my readings were one of the lowest, he had ever seen! He said,” I don’t think you will need any medication other than the basic freezing.” I did not require any restraints. I utilized a visioning technique to imagine myself laying on the beach, enjoying the sun, sand and the sound of gentle waves slowly rolling onto the beach. The next thing I heard was “we are all finished Mr. Van Bryce; the nurse will show you to the recovery room.” “Everything went smoothly.” Exactly twelve minutes had elapsed since I had glanced at the clock when entering the surgical suite to completion of the procedure. After only fifteen minutes in recovery, they checked my vitals and released me to have my vision tested. Many people that had been in recovery before I was even prepped for surgery were still recovering when I was on my way to the final eye tests.

For me, this was clear confirmation that all the work that I had put in on improving my own emotional and physical fitness was paying big dividends in a potentially highly stressful situation!

The physiological process during fear starts with the adrenal gland producing the hormones adrenaline and cortisol which triggers a chain reaction of physical responses. The body’s responses could include an increase in heart rate, faster breathing leading to a shortness of breath as the balance between oxygen and carbon dioxide is disrupted because there is suddenly too much oxygen in the body. The excess is brought on by mouth breathing resulting in less time spent in inhaling. This can initiate other physical responses such as digestive changes know as butterflies, sweating and chills. The increased oxygen causes trembling muscles which can lead to muscle fatigue. Calmness is gone, and is replaced by panic, anxiety, and or confusion. James Nester, demonstrates in his book – The book ‘Breath, The New Science of A Lost Art’ that improper breathing leads to many long short and long term health problems such as high blood pressure, anxiety, phobias, nervousness, agitation and a whole array of physical and emotional problems. On the flip side, by learning how to breath properly, people can “jumpstart athletic performance, rejuvenate internal organs, halt snoring, asthma and other autoimmune diseases.” Some short-lived day to day fears may be beneficial as it alerts an individual to a perceived threat. Mindfulness and self-care techniques like breathing exercises often help to manage fear and other sources of stress. People who experience more intense fear-related conditions like Social Anxiety Disorder, Panic disorder, PTSD, and various phobias may benefit from discussing the matter with a primary care physician or an Emotional Fitness® coach, who has several tools to assist individuals in overcoming this phobia. Many individuals are able to manage fear through a combination of medical interventions, mindfulness techniques, or Emotional Fitness® therapy. 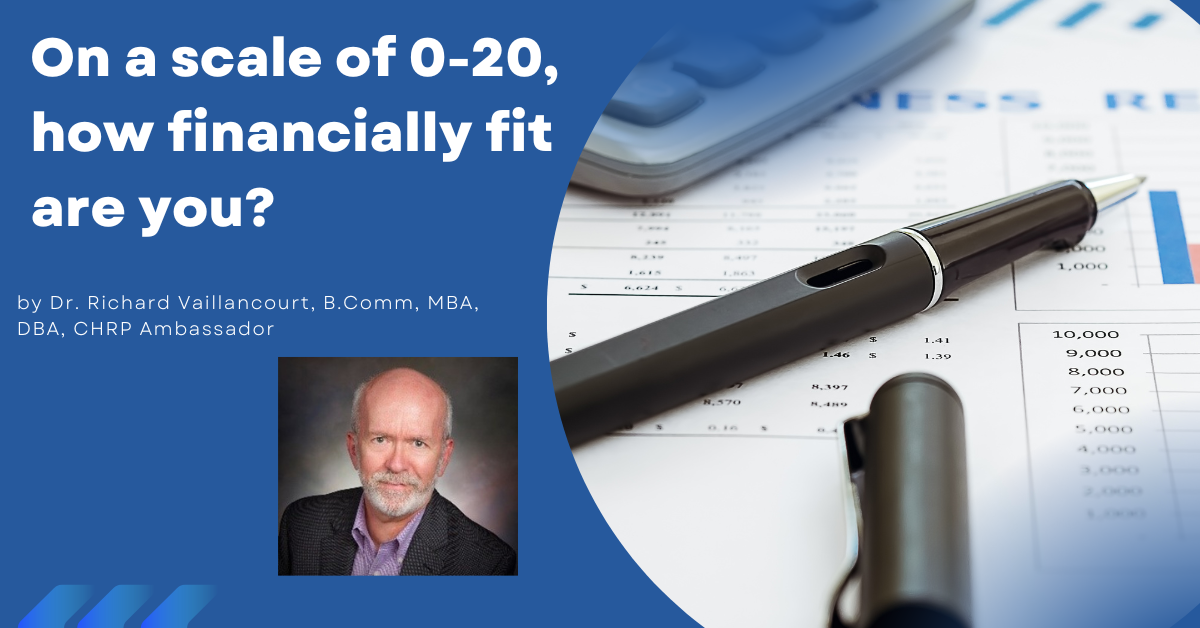 How financially fit are you?

On a scale of 0-20, how financially fit are you? by Dr. Richard Vaillancourt, B.Comm, MBA, DBA, CHRP Ambassador Watch Educational Video Now 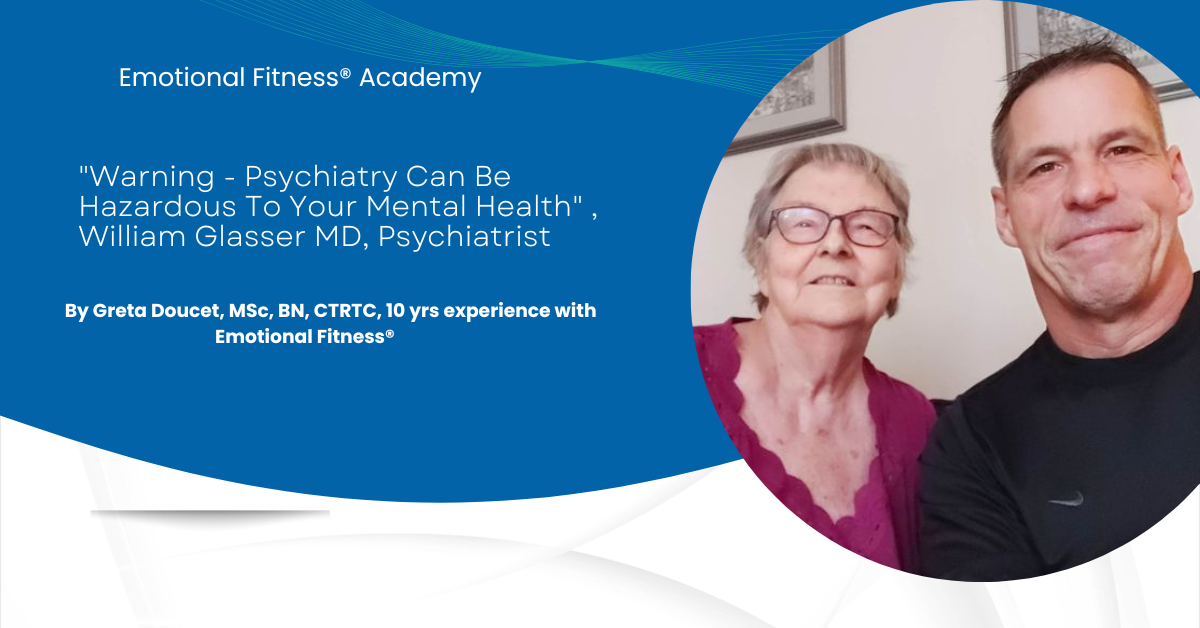 “Warning – Psychiatry Can Be Hazardous To Your Mental Health”, William Glasser MD, Psychiatrist